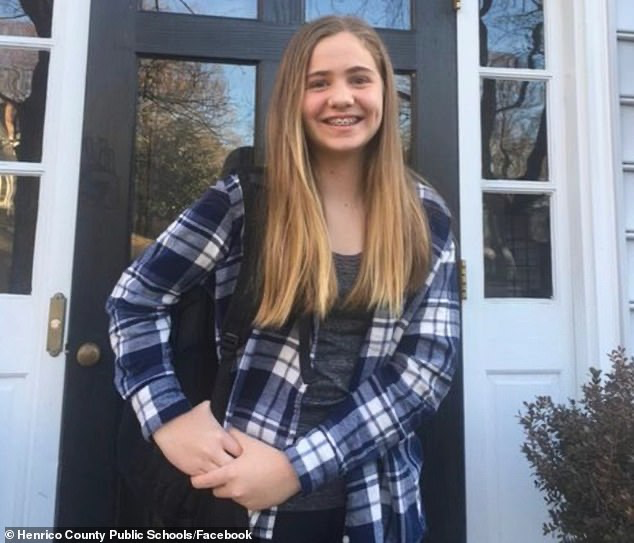 A younger black male has been arrested in connection with a shooting that killed an eighth grade girl in Virginia after a day-long manhunt.

Loved ones identified the victim as Lucia Whalen Bremer, a student at the  Quioccasin Middle School in Richmond.

She was shot multiple times on Friday afternoon at the Gayton Forest West subdivision and died at an area hospital soon after.

Police said the suspected shooter fled the scene immediately after opening fire and was arrested on Saturday afternoon about a half-mile away.

The motive for the shooting remains unclear and anyone with information is urged to contact the Henrico County Police at 804-501-5794.

Police previously described the suspect as a younger black male who is 5'8" and 125lbs, according to The Daily Mail and the Henrico Citizen.

His name has not been released due to his age but he is said to be facing charges including second-degree homicide, possession of a firearm by juvenile, and use of a firearm in the commission of a felony, according to the Henrico Citizen.