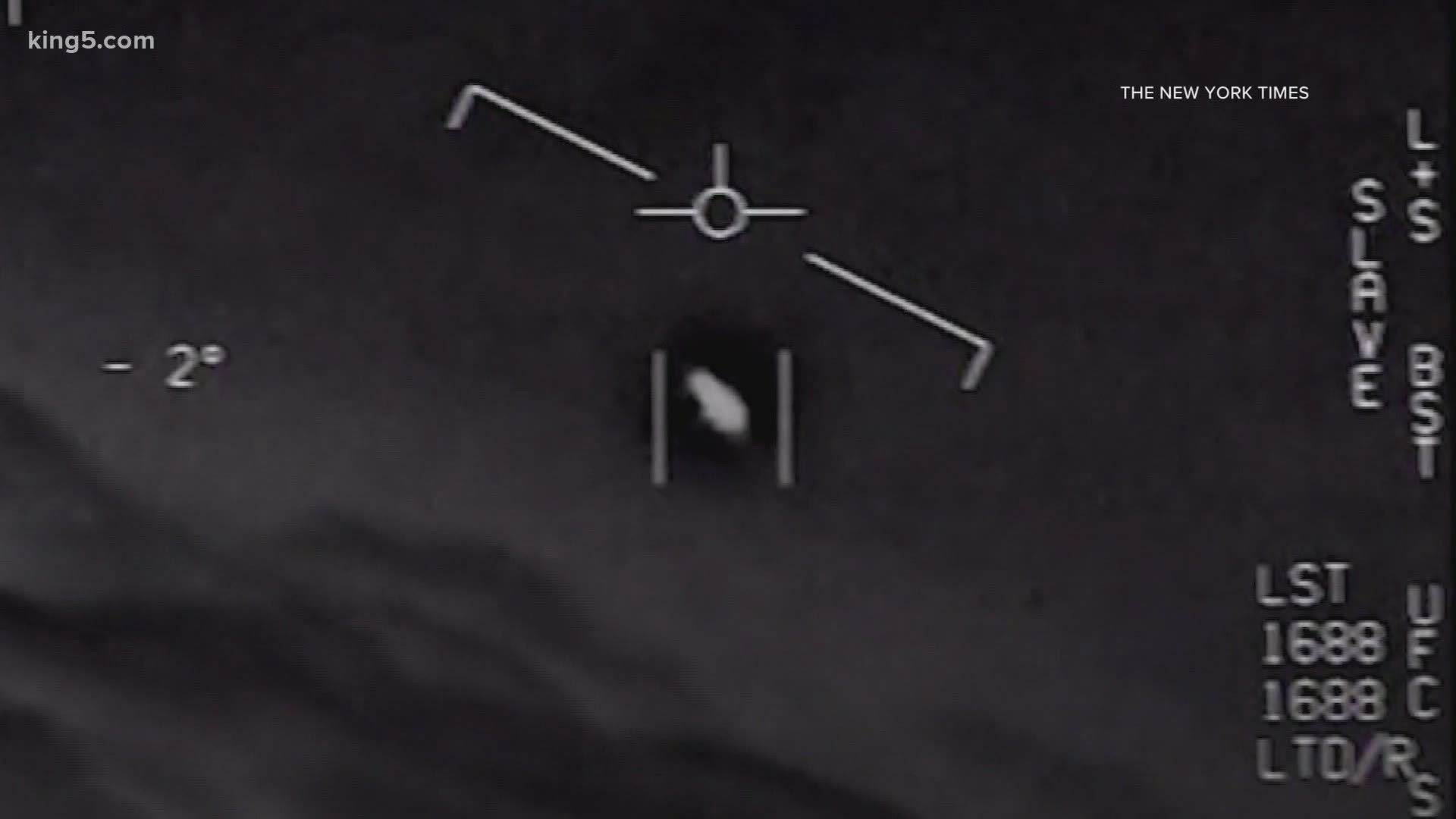 Rubio was head of the Senate Intelligence Committee when he wrote a provision into the Intelligence Authorization Act requiring the report as part of the $2.3 trillion coronavirus relief and government funding bill that President Donald Trump signed into law in December.

The Pentagon and Director of National Intelligence were due to deliver by June 25 a non-classified report with a “detailed analysis of unidentified aerial phenomena data” collected by the Office of Naval Intelligence and the FBI.

The report shall be submitted in unclassified form, but may include a classified annex.

Based on the Report it appears that the report was delivered in reverse. Classified, including an unclassified annex for the general public.

The Committee supports the efforts of the Unidentified Aerial Phenomenon Task Force at the Office of Naval Intelligence to standardize collection and reporting on
unidentified aerial phenomenon, any links they have to adversarial foreign governments, and the threat they pose to U.S. military assets and installations. However, the Committee remains concerned that there is no unified, comprehensive process within the Federal Government for collecting and analyzing intelligence on unidentified aerial phenomena, despite the potential threat. The Committee understands that the relevant intelligence may be sensitive; nevertheless, the Committee finds that the information sharing and coordination across the Intelligence Community has been inconsistent, and
this issue has lacked attention from senior leaders.

Therefore, the Committee directs the DNI, in consultation with the Secretary of Defense and the heads of such other agencies as the Director and Secretary jointly consider relevant, to submit a report within 180 days of the date of enactment of the Act, to the congressional intelligence and armed services committees on unidentified aerial phenomena (also known as ``anomalous aerial vehicles''), including observed airborne objects that have not been identified.

The Committee further directs the report to include:

The report shall be submitted in unclassified form, but may include a classified annex.

Coordination of Security for Domestic Military Installations and Other Facilities

The Committee is concerned that, as a result of several recent incidents of attempted unauthorized access to Naval Air Station Key West and Fort Story, Virginia by Chinese nationals, several security vulnerabilities have been discovered. Foreign adversaries may be systematically probing military installations and facilities, and it is important that the Department of Defense take responsibility for ensuring security measures are adequate, unauthorized accesses are tracked, and uniform reporting requirements for attempted unauthorized accesses are established.

The Committee further directs that, within 180 days of enactment of this Act, such individual shall develop a strategy for security and counterintelligence collection that defines the capability requirements, responsibilities, and processes for security and counterintelligence for domestic military installations and other domestic military facilities. In addition, not less frequently than once each year, the Under Secretary shall, in consultation with the heads of other appropriate elements of the DoD and the IC, brief the intelligence and armed services committees on the:

Processing, Exploitation, and Dissemination Modernization and

Team of the Department of Defense

The Committee is concerned with the intelligence silos that have resulted from isolated procurement programs that store data in individual repositories, each with its own set of cataloging procedures and proprietary technologies. This, in turn, potentially limits advantageous communications among databases, causes vital intelligence to go undetected, and causes duplication of separately-located analysts' efforts in reviewing other, less vital, intelligence information.

Therefore, the Committee directs the head of the Algorithmic Warfare Cross-Functional Team, as established in the Department of Defense by memorandum dated April 26, 2017, to submit to the congressional intelligence and armed services committees within 180 days of enactment of the Act, a report that includes:

👍 1
StreetLoc is one of America’s fastest-growing Social Media companies. We do not employ woke kids in California to “police” your thoughts and put you in “jail”.
StreetLoc is designed for Family, Friends, Events, Groups, Businesses and People. JOIN TODAY
Comments (1)
Log-in or Sign-up to 'Post Comments'.
Author