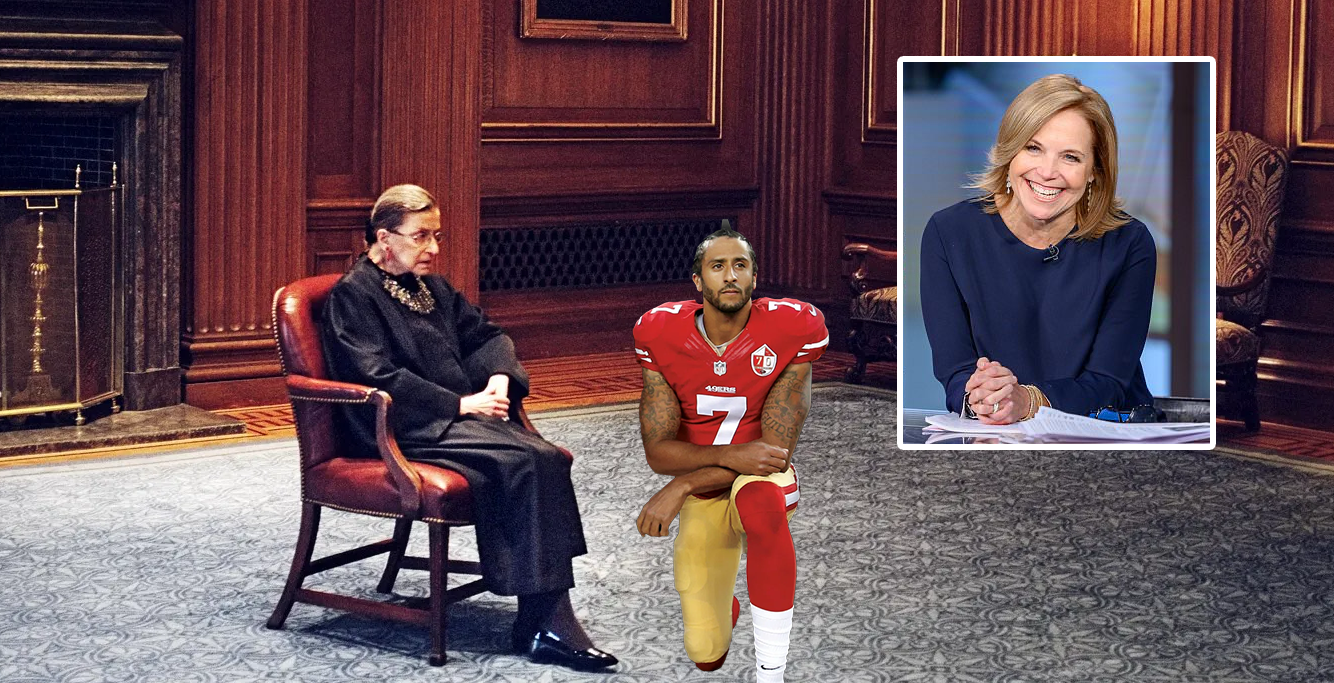 Katie Couric covered up RBG's dislike for taking the knee: Anchor says she edited 2016 interview to 'protect' the justice after she said people who kneel are showing 'contempt for a government that made a decent life possible'