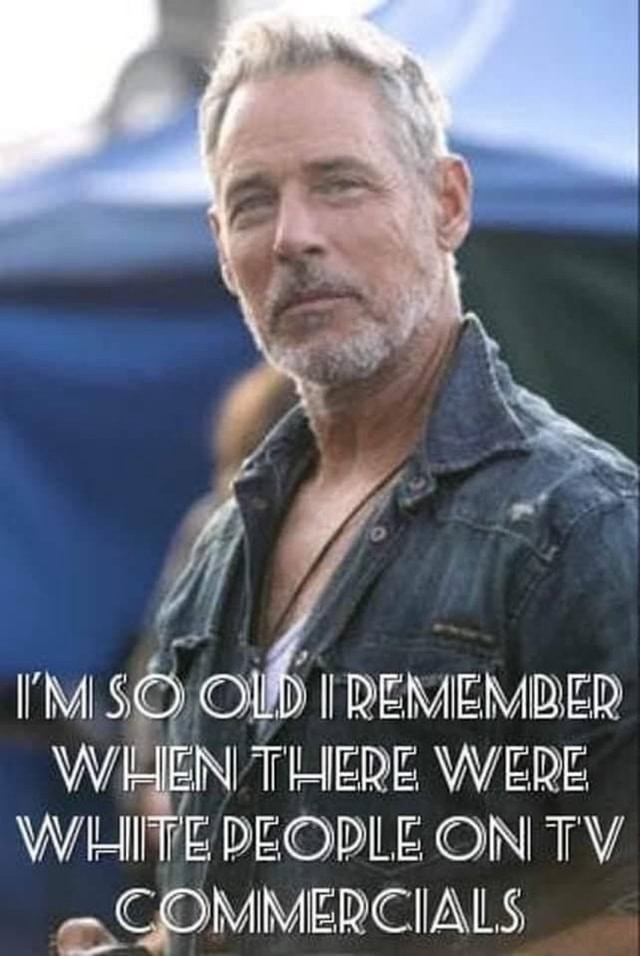 Commercials take up 27% of commercial television screen time and are the main source of income for TV and radio stations. In most cases, advertisements on all channels appear simultaneously, so don't try to change the channel, there will be commercials elsewhere, too. Nowadays they have also taken over the Internet. For financial support, websites have to run ads on their pages, the largest share supplied and controlled by Google. Ads pry into your eyes, unceremoniously interfere with text, and on YouTube, in the most inappropriate places, they cut into the action of films, lectures, and concerts, tearing apart musical performances. There's no escaping commercials, we've grown accustomed to them, and they become almost as much a part of our lives as food, toilets, and sleep.

In the United States today, the White population (not including Hispanics) is 57.8%. In real life, Caucasians are still in the majority, but now on TV and the Internet, they are swept under the rug like trash. Blacks comprise 14% of the U.S. population but appear in 50% of commercials. White actors now appear to promote health insurance, gold, loans, and some medicines. Moreover, if a White person appears in a commercial, he/she is usually old, sick, a freak, or at the very least, an appendage to a Black partner. If there's a doctor on the screen, he's usually Black, while the patient is usually White. Caucasian young men appear in only 4% of the commercials! If some aliens began to study the population of Planet Earth through our TV commercials they would have a somewhat distorted picture of Americans, to put it mildly.