Free Speech/Freedom of Religion Under Attack » Orbys.net - Social Media the way it's meant to be!

This is Twitter, remind me why conservatives still use the platform? Doxing is allowed as long as its a conservative you are harming, but do not every protest outside a liberals house.

Twitter’s New Political Ads Policy: All You Need to Know

"If they are not gonna make a distinction between muslims and extremists, then why should I distinguish between white people and racists."

Free Speech/Freedom of Religion Under Attack » Orbys.net - Social Media the way it's meant to be!

This is Twitter, remind me why conservatives still use the platform?

Doxing is allowed as long as its a conservative you are harming, but do not every protest outside a liberals house.

Twitter has written “shadow banning” aka, censorship, into their new terms.  The platform will now intentionally “limit the visibility” of some users. Expect those who dissent from the official narrative to be the ones censored.

Critics have accused Twitter of censorship for quite some time now.  But this time, it’s official. The company has admitted they will attempt to silence those critical of the ruling class. According to RT, the news terms will be taking effect in January of 2020. While the new terms don’t look like much to write home about, some tweaks to the language could have larger repercussions for users, limiting their reach behind the scenes without their knowledge.

The social media giant is telling users that it reserves the right shadow ban or “throttle” or censor certain accounts. And it is not clear on what basis will it make those decisions, although we guess (based on their past which is rife with censorship) that accounts that aren’t parroting the government’s official narrative will be on the list.

While Twitter has previously insisted point-blank “we do not shadow ban,” in the pre-2020 terms the company split hairs between shadow banning and “ranking” posts to determine their prominence on the site, and acknowledged deliberately down-ranking “bad-faith actors” to limit their visibility.

In January 2018, conservative media watchdog group Project Veritas published footage showing Abhinov Vadrevu, a former Twitter software engineer, discussing shadow banning as a “strategy” the company was at least considering, if not already using. “One strategy is to shadow ban so you have ultimate control. The idea of a shadow ban is that you ban someone but they don’t know they’ve been banned because they keep posting and no one sees their content,” Vadrevu said. “So they just think that no one is engaging with their content when in reality, no one is seeing it.”

The new terms will make shadow bans an official policy, all but guaranteeing continued cries of bias and censorship from the platform’s many critics will be silenced.

Authored by Mac Slavo via SHTFplan.com,

Twitter’s New Political Ads Policy: All You Need to Know

Google has recently joined Twitter in prohibiting political advertisers from targeting voters based on political affiliation. The company said the new measure is aimed at promoting trust in electoral processes worldwide.

Twitter’s ban on political ads came into force today, but the company’s new policy has raised more questions than answers since the platform unveiled details of it on 15 November.

Twitter said that it would prohibit the promotion of political content, as the company’s CEO Jack Dorsey said they believe that “political message reach should be earned, not bought”. Announcing the company’s decision to ban political ads on its platform on 30 October, Dorsey said the power of Internet advertising poses risks to politics, “where it can be used to influence votes to affect the lives of millions”.

The company said that starting from 22 November, content that refers to a candidate, a political party, elected or appointed government official, election, referendum, ballot measure, legislation, regulation, directive or judicial outcome will be deemed political. Advertisements that contain references to political content, including calls to vote for a certain candidate or party, solicitations of financial support and advocacy for or against any type of political content mentioned above would be banned from its platform. The company said that candidates, political parties, elected or appointed government officials will also be banned.

Are there any exemptions from the ban?

Twitter has also made a U-turn on issue ads, namely ads that are intended to bring awareness to certain problems. Announcing Twitter’s decision to ban political ads on the platform, CEO Jack Dorsey said that they can be used to circumvent Twitter’s new policy, adding that it would be unfair if everyone except for politicians is able to buy ads to promote the issues they want.

Since the announcement, the company has introduced changes to issuing ads requiring “advertiser certification for ads that educate, raise awareness, and/or call for people to take action in connection with civic engagement, economic growth, environmental stewardship, or social equity causes”.
At the same time, these would be banned if they are used to advocate for or against a specific political, judicial, legislative or regulatory outcome.

How does this work in practice? A non-profit organisation may buy an ad that tells about the benefits of vaccination, however, the ad can’t encourage the passage of some laws or direct people to the websites of certain candidates that support the measure.

Twitter has also introduced several restrictions in this category. Ad targeting is limited and restricted to geo, interest targeting, and keywords. Keyword and interest targeting cannot use terms associated with political content, for example – conservative or liberal.

Twitter’s decision to ban political ads has received mixed reactions, with critics of the social media platform doubting it would be able to implement the new strategy, given its unimpressive record on banning hate speech and abuse on its website.

Vijaya Godde, the legal, policy as well as trust and safety lead at Twitter, admitted that the company is prepared that it will “make some mistakes” and stressed that the platform is going to have to learn and improve its new strategy. 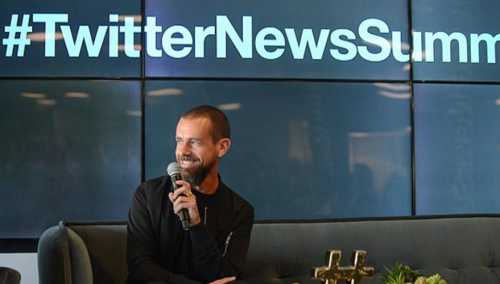 Read the full article on The Daily Mail.