New York Gov. Cuomo Has Been Stripped of His Emmy Award

Cuomo Given One Week to Respond to Impeachment by Lawmakers 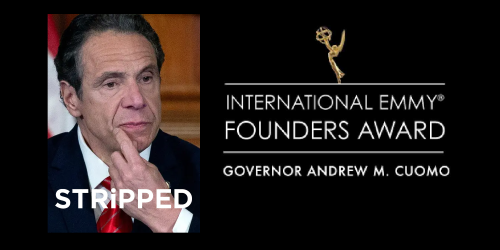 New York Gov. Cuomo Has Been Stripped of His Emmy Award

The International Academy of Television Arts & Sciences stripped Cuomo of his International Emmy Award recognizing him for the success of his daily COVID-19 briefings at the height of the pandemic, which were televised across the nation and abroad and catapulted Cuomo to a new level of fame.

The governor was stripped of his award on Tuesday, a day after the now-former New York governor resigned amid an ongoing sexual harassment scandal. 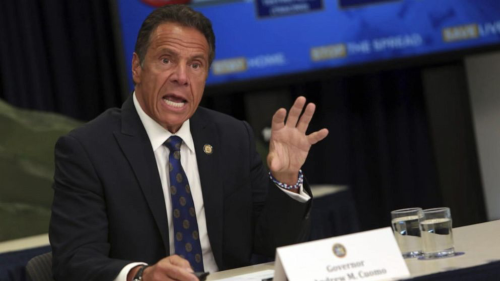 Cuomo Given One Week to Respond to Impeachment by Lawmakers

Cuomo given one week to respond to impeachment by NY State Assembly who has been investigating the governor over alleged sexual harassment and accusations he misled the public about COVID-19 outbreaks at nursing homes.

State lawmakers told New York Governor Andrew Cuomo on Thursday that their ongoing impeachment investigation is almost done and gave him a deadline of August 13 to provide additional evidence.

Since March, the Assembly’s judiciary committee has been investigating whether there are grounds to impeach the Democratic governor over sexual harassment allegations, misleading the public about COVID-19 outbreaks at nursing homes and using state resources and staff for his $5 million book deal.

In a letter sent on Thursday, the law firm leading the investigation, Davis Polk & Wardwell, reminded Cuomo’s legal team that it has subpoenaed certain documents and expects “full compliance from the governor,” but that his time to respond was almost up.

“We write to inform you that the Committee’s investigation is nearing completion and the Assembly will soon consider potential articles of impeachment against your client,” they wrote. “Accordingly, we invite you to provide any additional evidence or written submissions that you would like the Committee to consider before its work concludes.”

The letter was released publicly by Assembly Judiciary Committee Chair Charles Lavine, a Long Island Democrat. The committee has scheduled its next meeting on the matter for Monday.

Findings from an independent investigation overseen by state Attorney General Letitia James released earlier this week said Cuomo sexually harassed at least 11 women, and that his administration retaliated against at least one of them for going public with her allegations.

Cuomo has denied making any inappropriate sexual advances and insists the findings don’t reflect the facts. He’s resisted numerous calls for his resignation from most of New York’s top Democrats and from national figures like United States President Joe Biden.

The governor had no public events planned on Thursday, and has not made himself available to reporters since the report’s release on Tuesday.

District attorneys in Manhattan, suburban Westchester, Oswego, Nassau Country and the state capital of Albany said they asked for investigative materials from the inquiry to see if any of the allegations could result in criminal charges.

Oswego County District Attorney Greg Oakes told WSYR-TV that he will begin investigating an incident involving a woman who testified that Cuomo ran two fingers across her chest and grazed the area between her shoulder and breasts at an upstate conservation event in May 2017.

One of Cuomo’s accusers said he groped her breast. Others have said he gave them unwanted kisses or touched parts of their bodies in ways that made them uncomfortable.

Nearly 60 percent — at least 89 — of the Assembly’s 150 members said they would impeach Cuomo if he doesn’t resign, according to a tally by The Associated Press based on interviews and public statements. That’s more then the simple majority needed for an impeachment vote.

Assemblymember Sarah Clark, a Democrat from Rochester, said colleagues who were once hesitant to call for Cuomo to leave office are now all calling for his resignation or impeachment.

“There are not that many more questions in anyone’s mind that he has truly broken state laws, and the state sexual harassment laws he signed into law,” Clark said.

Assembly Speaker Carl Heastie said the Assembly’s judiciary committee will first wrap up its probe “as quickly as possible” before the chamber votes on articles of impeachment.

But it’s far from clear how long that will take. Several judiciary committee members estimate weeks or even a month.

Clark has asked legislative leaders whether the Assembly could submit articles of impeachment on harassment first and add more findings later. But committee member Tom Abinanti, a Democrat, said he supports waiting to end the probe and drawing up comprehensive articles that could hold up to legal scrutiny. 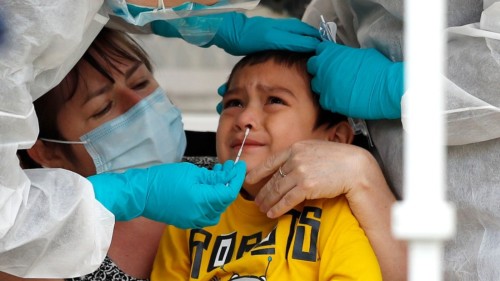 Health care providers must report “within three hours.” Three hours! The price of non-compliance? “Civil penalties of up to $2,000 per day.” No mention in the advisory of privacy safeguards or limits on what can be done with the information. Medical professionals in New York understand the need for Covid-19 testing, but concerns are mounting that Cuomo is using a March state of emergency declaration to trample patient rights 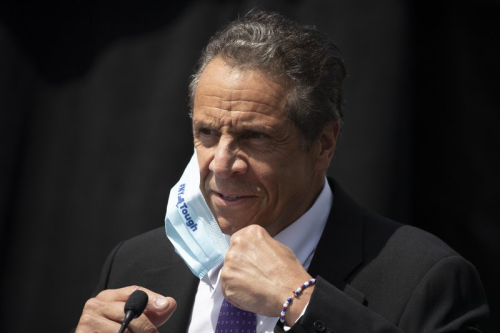 Could Nursing Home Deaths Have Been Prevented?

While the vast numbers of nursing home deaths have been the greatest horror of the coronavirus crisis, the system operated by California’s Department of Veterans Affairs has been a rare bright spot.

Across the country, at least 43,000 nursing home residents have died of the coronavirus.

New York’s coronavirus death toll in nursing homes, already among the highest in the nation, could actually be a significant undercount. Unlike every other state with major outbreaks, New York only counts residents who died on nursing home property and not those who were transported to hospitals and died there. 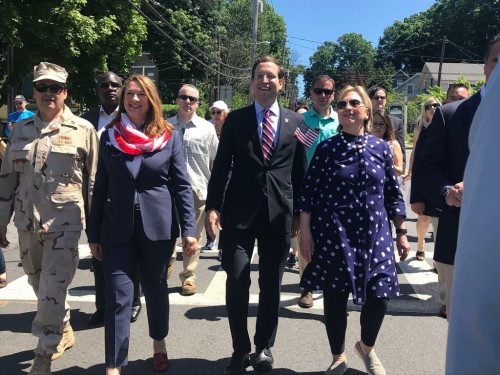 On this Memorial day, we can be grateful that we have Trump Orange in the White House and not Bag Lady Blue. Hillary Clinton, Cuomo take part in Memorial Day Parade in Chappaqua.