Wow, the Governor of Georgia, Brian Kemp, was booed off the stage Saturday at a Georgia Republican Party event. They wouldn’t let him speak. It is amazing how the people get what happened in Georgia, and elsewhere! The election was rigged, and everybody knows it. Kemp refused to call a Special Session of the Legislature, and did absolutely nothing. Now our Country is going to hell!

Wow, the Governor of Georgia, Brian Kemp, was booed off the stage Saturday at a Georgia Republican Party event. They wouldn’t let him speak. It is amazing how the people get what happened in Georgia, and elsewhere! The election was rigged, and everybody knows it. Kemp refused to call a Special Session of the Legislature, and did absolutely nothing. Now our Country is going to hell! 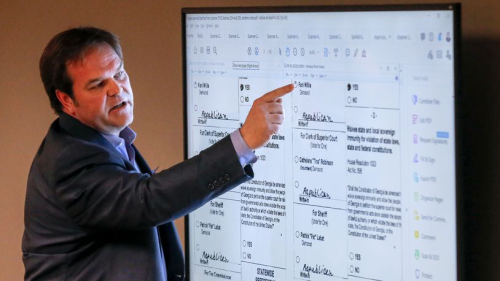 ATLANTA GA – Petitioners in a lawsuit organized by VoterGA to inspect Fulton County ballots have added stunning claims in their amended complaint and provided new evidence from public records that show Fulton County’s hand count audit of the November 3 rd 2020 election was riddled with massive errors and provable fraud.

Most new allegations and evidence are based on a VoterGA data team’s analysis of Fulton’s November 2020 mail-in ballot images made public after petitioners won a court order on April 13th and VoterGA lobbying efforts led the Georgia General Assembly to make all images public under Open Records Requests beginning March 25th .

The team’s analysis revealed that 923 of 1539 mail-in ballot batch files contained votes incorrectly reported in Fulton’s official November 3rd 2020 results. These inaccuracies are due to discrepancies in votes for Donald Trump, Joe Biden and total votes cast compared to their reported audit totals for respective batches. Thus, the error reporting rate in Fulton’s hand count audit is a whopping 60%.

Fulton Co. failed to include over 100,000 tally sheets, including more than 50,000 from mail-in ballots, when the results were originally published for the full hand count audit conducted by the office of the Secretary of State for the November 3rd 2020 election. Those tally sheets remained missing until late February when the county supplemented their original audit results.

Petitioners contend that Fulton County did not provide drop box transfer forms for at least three pickup days when obligated to do so via an Open Records Request. Those missing forms are still needed to provide chain of custody proof for about 5,000 ballots.

The VoterGA data team also found over 200 Fulton County mail-in ballot images containing votes not included in the hand count audit results for the November election. All these anomalies are now included in the Fulton County ballot inspection lawsuit as additional counts of how the Equal Protection and Due Process Constitutional rights of Georgia voters were violated. 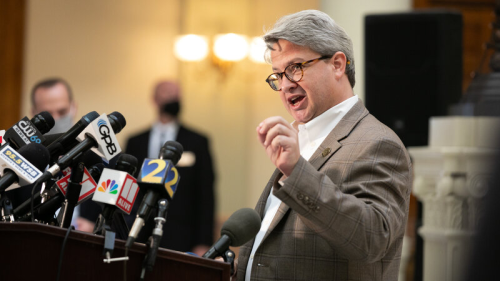 In Georgia, there was both an audit and a statewide recount confirming Biden’s victory, but ignored in the process was evidence that nearly 35,000 Georgians had potentially voted illegally.

New evidence indicates that more than 10,300 illegal votes were cast in Georgia in the November 2020 general election — a number that will continue to rise over the next several months, potentially exceeding the 12,670 votes that separated Joe Biden and Donald Trump.

While this evidence does not change the fact that Joe Biden is our president, all Americans who genuinely care about free and fair elections and the disenfranchisement of voters should demand both transparency and solutions to prevent a repeat in future elections. 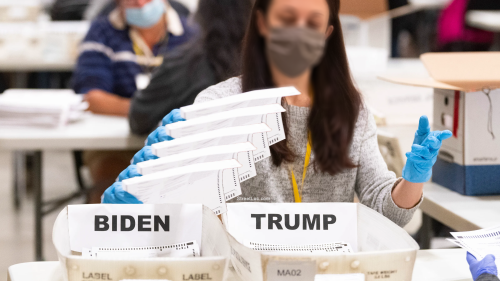 Texas files a lawsuit with the U.S. Supreme Court challenging the election procedures in Georgia, Michigan, Pennsylvania, and Wisconsin on the grounds that various changes to their voting rules or procedures - either through the courts or via executive actions - violated the Electors Clause of the Constitution because they did not go through the legislatures.

Attorney General Paxton asked the U.S. Supreme Court to invalidate their 62 Electoral College votes for Biden — a move that would swing the election to Trump and would be unprecedented in American history.

In the suit, he claims that pandemic-era changes to election procedures in those states violated federal law, and asks the U.S. Supreme Court to block the states from voting in the Electoral College.

Just twelve hours after it was filed, the US Supreme Court has officially put Texas's lawsuit against Georgia, Michigan, Pennsylvania and Wisconsin on the docket, meaning the case will be heard. 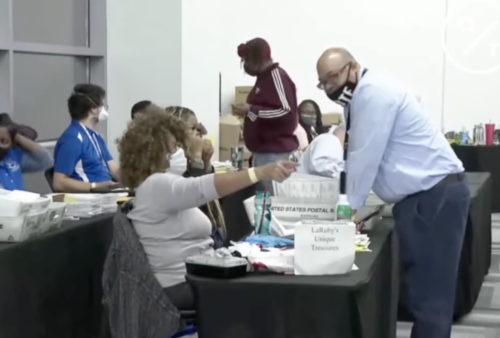 Ralph Jones told local Atlanta news channel 11Alive that a water main broke at the State Farm Arena and counting would be suspended. As we have subsequently discovered there was no water mains break, there was however a minor leak that did not require the evacuation of the Arena.

From what we are seeing it is starting to look like Biden did "put together the most extensive and inclusive voter fraud organization in the history of American politics." It now remains to be seen if there is going to be enough evidence to back this all up and to convict the individuals involve.

Ruby Freeman shot to internet fame after being seen in CCTV footage with suitcases getting pulled from under desks.

It now appears that Ruby Freeman boss Ralph Jones and her daughter Wandrea "Shaye" Moss are all interconnected with Elena Parent with Sen. Jennifer Jordan. It is believed that the group conspired to manufacture the spike in unexplained votes in Georgia on the Wednesday morning of November 3, 2020.