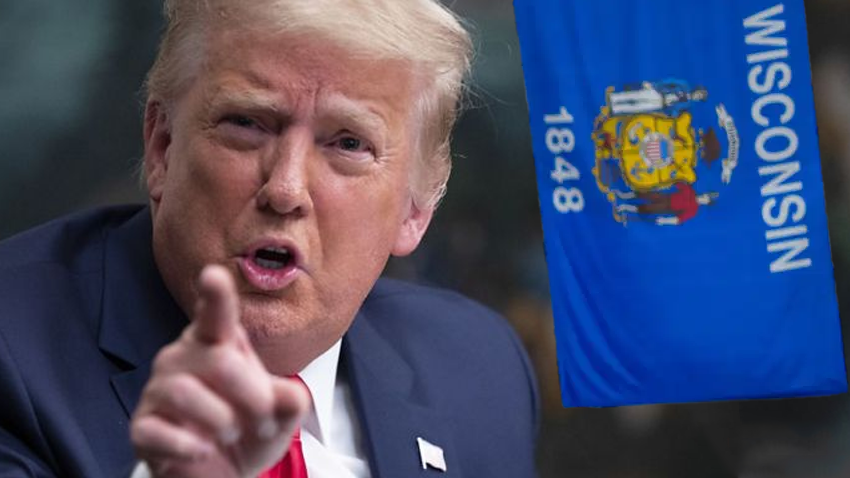 President Donald J. Trump’s re-election campaign filed a lawsuit to the Wisconsin Supreme Court following the campaign's requested recount to uncover fraud and abuse that irrefutably altered the outcome of this election. Today's suit includes four cases with clear evidence of unlawfulness, such as illegally altering absentee ballot envelopes, counting ballots that had no required application, overlooking unlawful claims of indefinite confinement, and holding illegal voting events called Democracy in the Park. These unlawful actions affected no less than approximately 221,000 ballots out of over the three million ballots cast in Wisconsin.

Voter identification is an essential requirement in Wisconsin to ensure only eligible voters cast ballots. In Madison and Milwaukee, voters were fraudulently permitted by election officials to circumvent voter ID laws and claim an absentee voting status that is only to be used for voters who are indefinitely confined under the circumstances that they are physically ill, infirm, elderly, or disabled. More than 20,000 voters claimed that status and received and returned ballots without providing proper identification and without meeting the requirements for that status, and those ballots should not be counted in accordance with Wisconsin statute.

Finally, the city of Madison created unlawful polling locations at over 200 parks and city locations through their Democracy in the Park voting events. These voting events were held outside of the county’s approved polling locations and did not follow the state’s strict absentee voting requirements. Not only did they not follow the law, but Joe Biden’s campaign encouraged this unlawful voting, advertising these events as opportunities to vote and telling voters to bring their completed ballot to turn in or their incomplete ballot to have a so-called “poll worker” serve as a witness. Voters are not allowed to turn in their absentee ballots anywhere other than the designated polling locations, and any ballots illegally cast there should not be counted.

“The people of Wisconsin deserve election processes with uniform enforcement of the law, plain and simple. During the recount in Dane and Milwaukee counties, we know with absolute certainty illegal ballots have unduly influenced the state's election results. Wisconsin cannot allow the over three million legal ballots to be eroded by even a single illegal ballot,” said Jim Troupis, counsel to the campaign. “We will continue fighting on behalf of the American people to defend their right to a free and fair election by helping to restore integrity and transparency in our elections.”

"As we have said from the very beginning of this process, we want all legal votes and only legal votes to be counted," said Rudy Giuliani, former New York City Mayor and Personal Attorney to President Trump. "Americans must be able to trust in our election results, and we not stop until we can ensure voters once again have faith in our electoral process."

The original action was sent to the Wisconsin Supreme Court: